Home » News » Poll: Should Milton update the name of the Board of Selectmen to be more gender-inclusive? 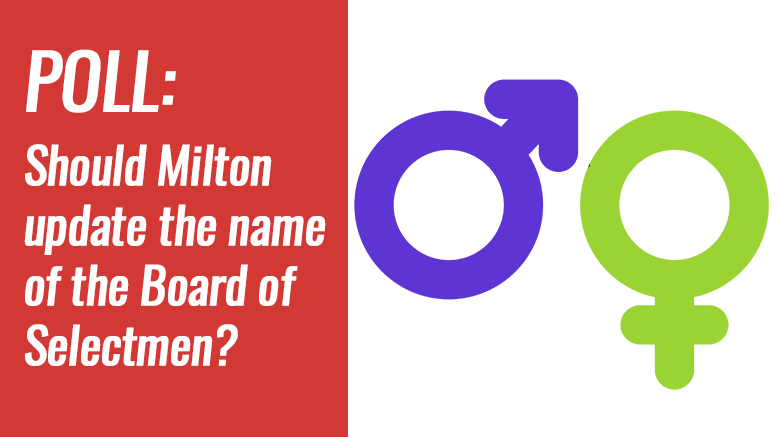 Poll: Should Milton update the name of the Board of Selectmen to be more gender-inclusive?

There is a movement from Milton residents to rename the Milton Board of Selectmen to Select Board. A group of citizens put together a petition, which was discussed at Monday night’s Board meeting.

In case you missed it, read:

The Board of Selectmen first voted to submit the article to the Warrant Committee, after which they rescinded their vote, opting instead to submit the proposal to the Town Government Study Committee for further review.

Be the first to comment on "Poll: Should Milton update the name of the Board of Selectmen to be more gender-inclusive?"