Home » News » POLL RESULTS: How will you vote on Ballot Question 3 (Transgender Anti-Discrimination) this November? 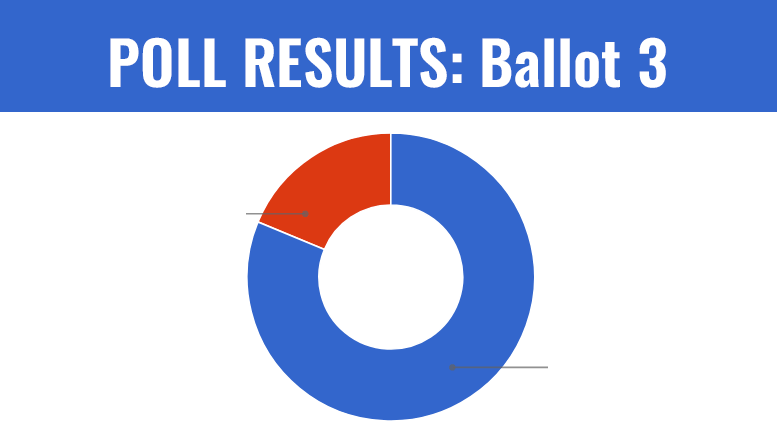 POLL RESULTS: How will you vote on Ballot Question 3 (Transgender Anti-Discrimination) this November?

From the Boston Globe:

“Question 3 proposes to repeal the 2016 state law that banned discrimination against transgender people in places of public accommodation, such as restaurants, malls, and restrooms…

The groups backing the initiative say the public accommodations bill is broadly worded and allows individuals to access bathrooms or locker rooms of the opposite sex. Supporters of the 2016 law say there isn’t one incident of assault or invasion of privacy that has occurred as a result of the law.

Due to potential confusion due to the required wording of the referendum, Galvin noted that a “yes” vote on Question 3 would actually keep in place the current law prohibiting discrimination on the basis of gender identity in public places. Meanwhile, a “no” vote would repeal that part of the law.“

How do Milton Neighbors say they will vote?

81% Yes: I will vote to KEEP IN PLACE the current 2016 law prohibiting discrimination on the basis of gender identity in public places.

19%: No: I will vote to REPEAL part of the current 2016 law prohibiting discrimination on the basis of gender identity in public places.

POLL: True of false: if you do not live in, work in, own property or a business in, or pay taxes in Milton, you should keep your opinion to yourself about happenings in the town.

Poll Results: How will you vote on Question 3 (conditions for farm animals?)

Be the first to comment on "POLL RESULTS: How will you vote on Ballot Question 3 (Transgender Anti-Discrimination) this November?"