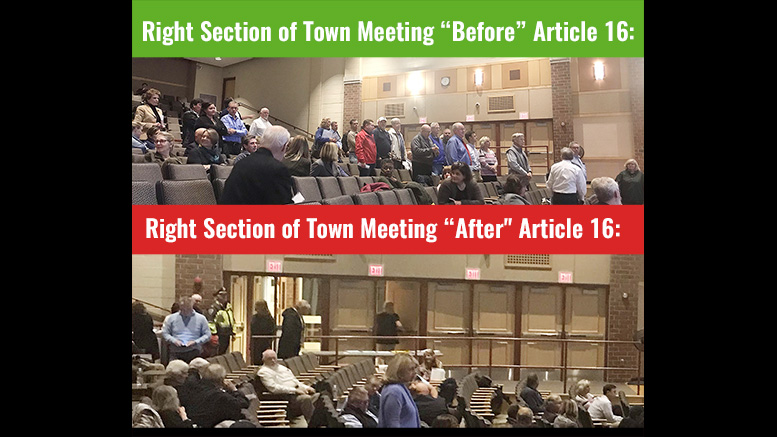 Who wants to attend a 3 hour meeting on the first night of the Red Sox World Series, to discuss the Town Warrant?

On Wednesday night, concurrent with the first game of the Boston Red Sox vs. L. A. Dodgers in the World Series, representatives from precincts throughout Milton gathered together at Milton High School for night two of October’s Special Town Meeting.

To see if the Town will vote to create a more centralized and professional financial management structure that includes, without limitation, the Accounting, Treasury, Collections, Purchasing and Information Technology functions, reporting to a chief financial officer, under the direction of the Town Administrator, and to change the Town Treasurer/Collector from a position elected… to a position appointed by the Town Administrator… with required professional qualifications, background and experience commensurate with the Town’s increasing scope and responsibilities…”

After much back and forth, a standing vote was called. Most of those who voted against Article 15 can be seen in this shot, captured via the Milton Access TV on demand video.

After Article 15 passed, a number of individuals left Town Meeting. The room looked like this after they left, captured via the Milton Access TV on demand video.

Discussion of Article 16 began with a presentation by Select Board Member Mike Zullas. Article 16 called for a change to gender neutral language in its bylaws – resulting in the most notable change the shift from using the term Select Board rather than Board of Selectmen. (Check out our poll of Milton Neighbors on this change.)

When it came time for a vote on a slightly modified voting procedure for Article 16, Precinct 7 Town Meeting Member Steve Fruzzetti spoke:

“I actually rise to question whether or not we still have a quorum… I saw at least 25 people leave after the last article that we voted on.”

Moderator Bob Hiss then explained the impact of Fruzzetti’s question:

“… what we will have to do is have the clerk read a roll call of all 289 Town Meeting Members read out loud… that’s the impact of your request if you still wish to make it.”

Precinct 7 Town Meeting Member Fruzzetti then asked if it would be possible to just have a roll call on Article 16, to which Moderator Hiss asked if Fruzzetti was sure he wanted to have all 289 names read “tonight at 10:30.”

Fruzzetti responded that he would.

At that point, there was a great deal of discussion as Town Meeting Members pondered over why so many people had left, seemingly en masse.

Some people wondered if those folks left in protest over the passing of Article 15.

Others suggested they wanted to catch the rest of the game.

Still others suggested that the exiting members were simply exhausted, and didn’t realize the impact of the dwindling number of members.

But the most popular opinion seemed to be that they wished to obstruct the vote of Article 16, changing Milton’s bylaws to gender-neutral language.

It was determined that a roll call would not be needed at that point, and Town Clerk Susan Galvin proceeded to manually count the number of Town Meeting Members present. People started texting absent members furiously, in an attempt to ensure quorum and extending Town Meeting into Thursday. Calls were made on social media as well.

??? To any town meeting members who are not here and support the select board article. We may not have quorum. You have a few minutes to come back and vote. ??? hurry up!!!!

Folks who had left – to tuck their kids in or to get to sleep for very early work hours –  returned, to the cheers of members still present.

Finally, at around 11:00 p.m., the vote was taken. The article passed unanimously, with not a single “no,” not even from the individual who called for quorum. It was followed by another unanimous vote for article 17, along with several whoops and cheers for having finally concluded Fall Town Meeting.

Here is a gallery of some before and after photos of Town Meeting from last night: 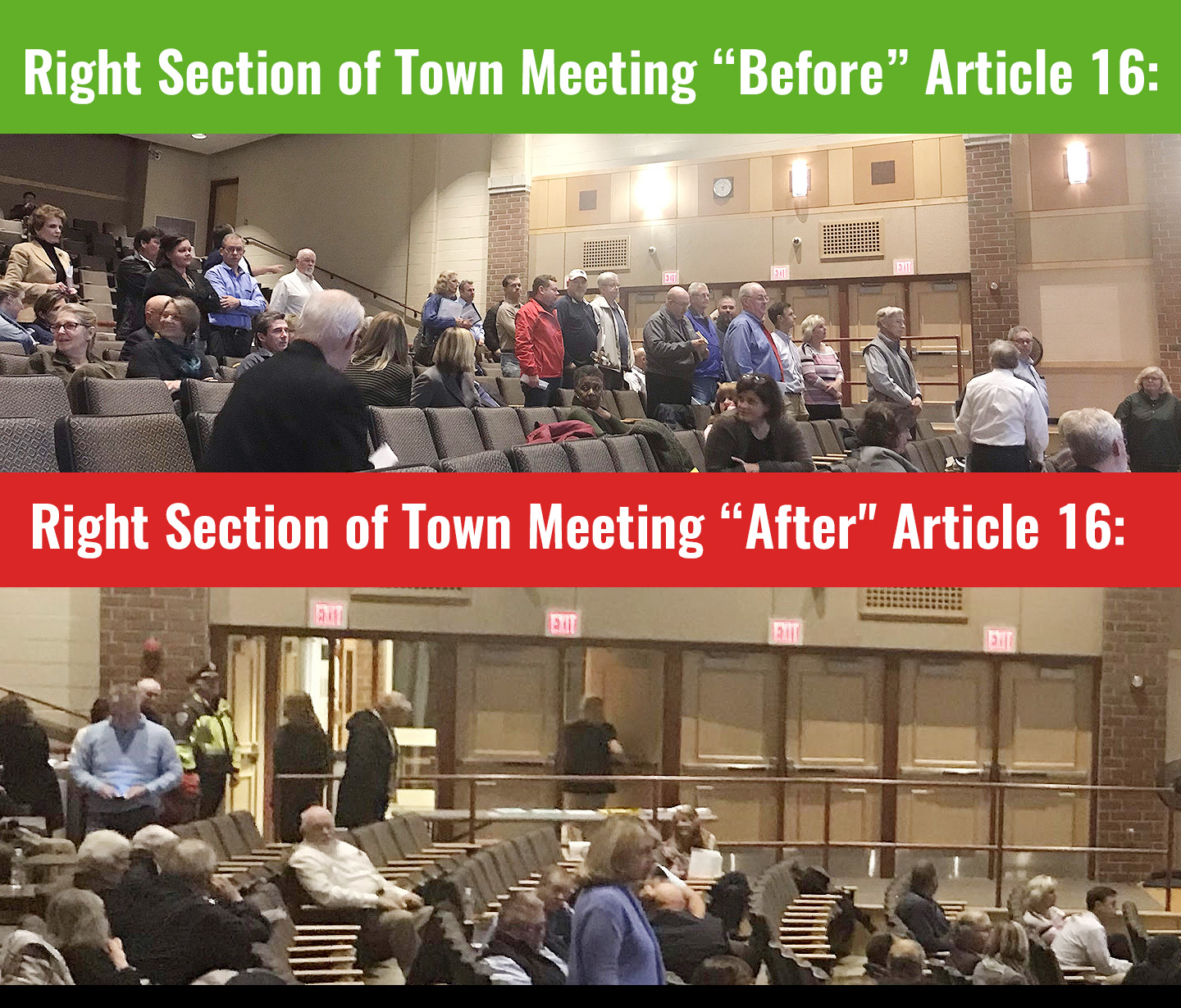 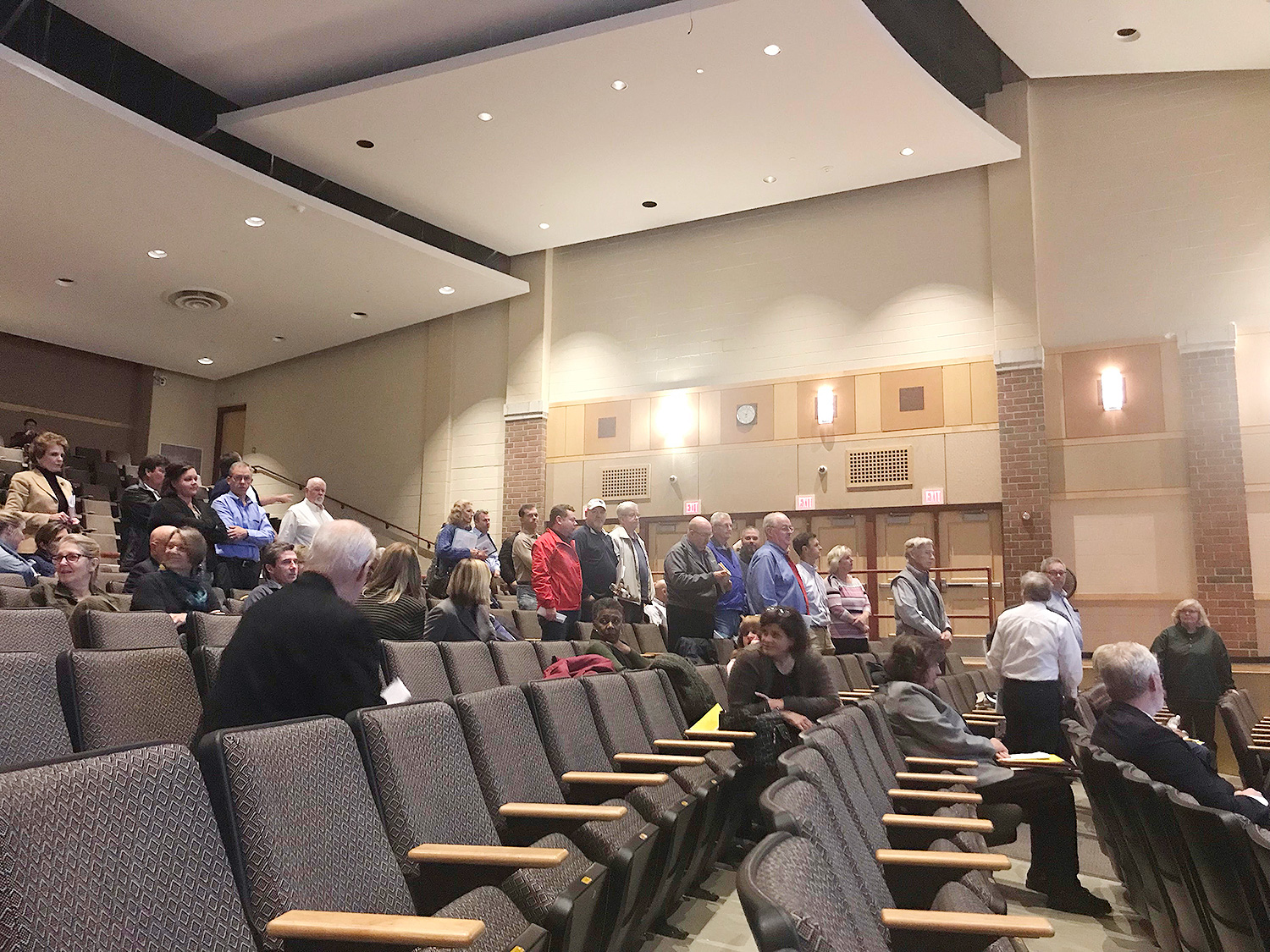 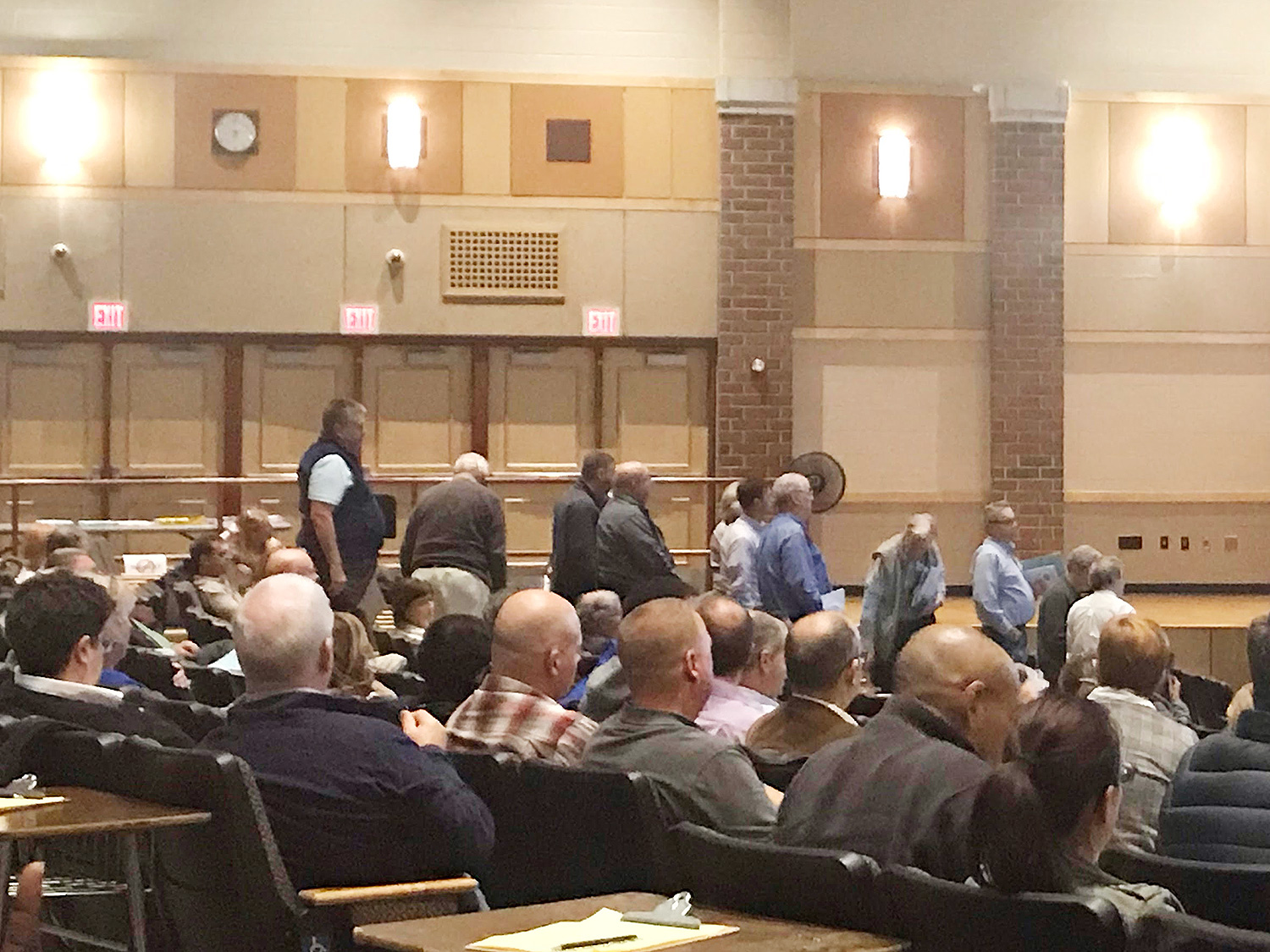 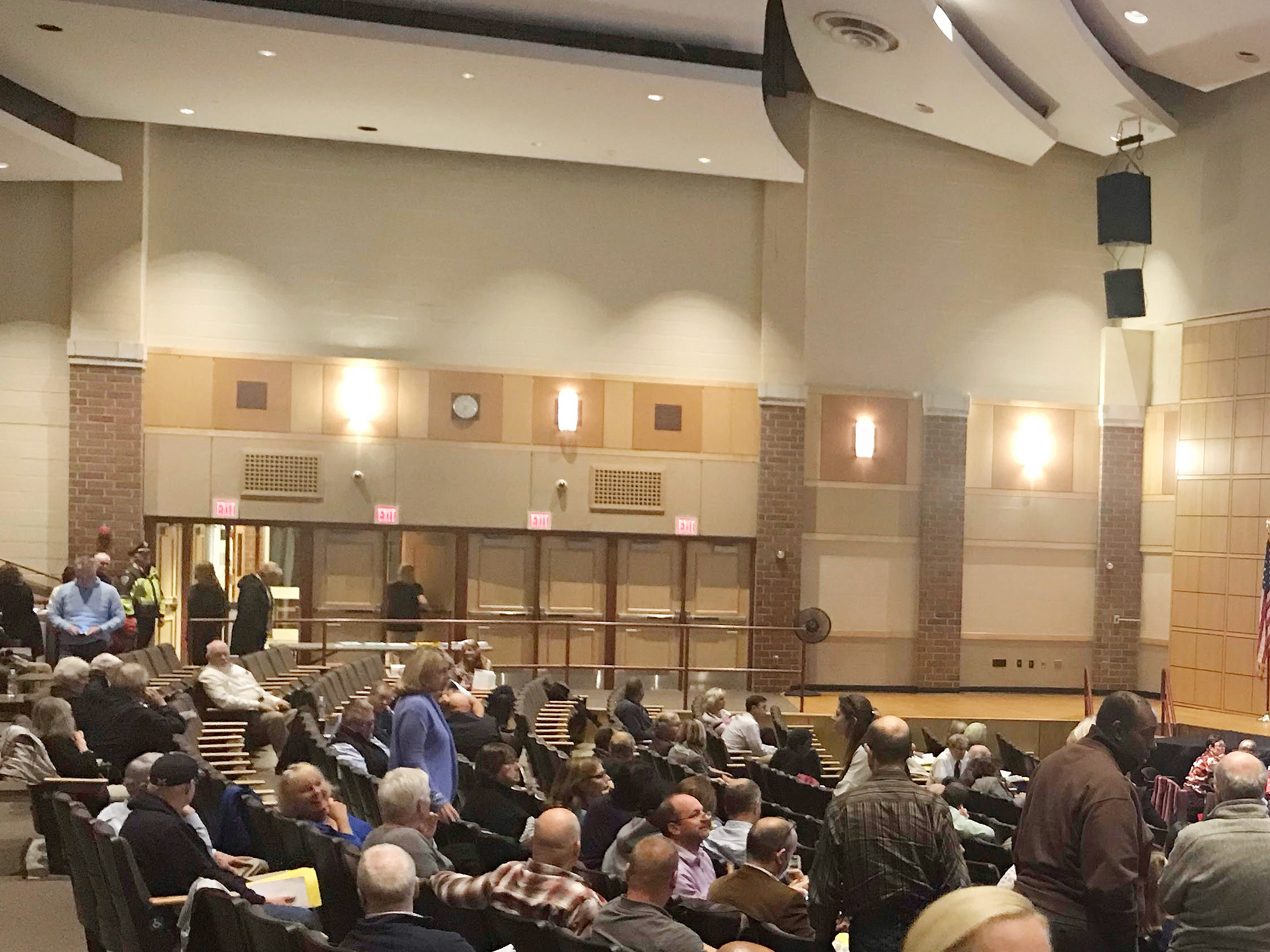 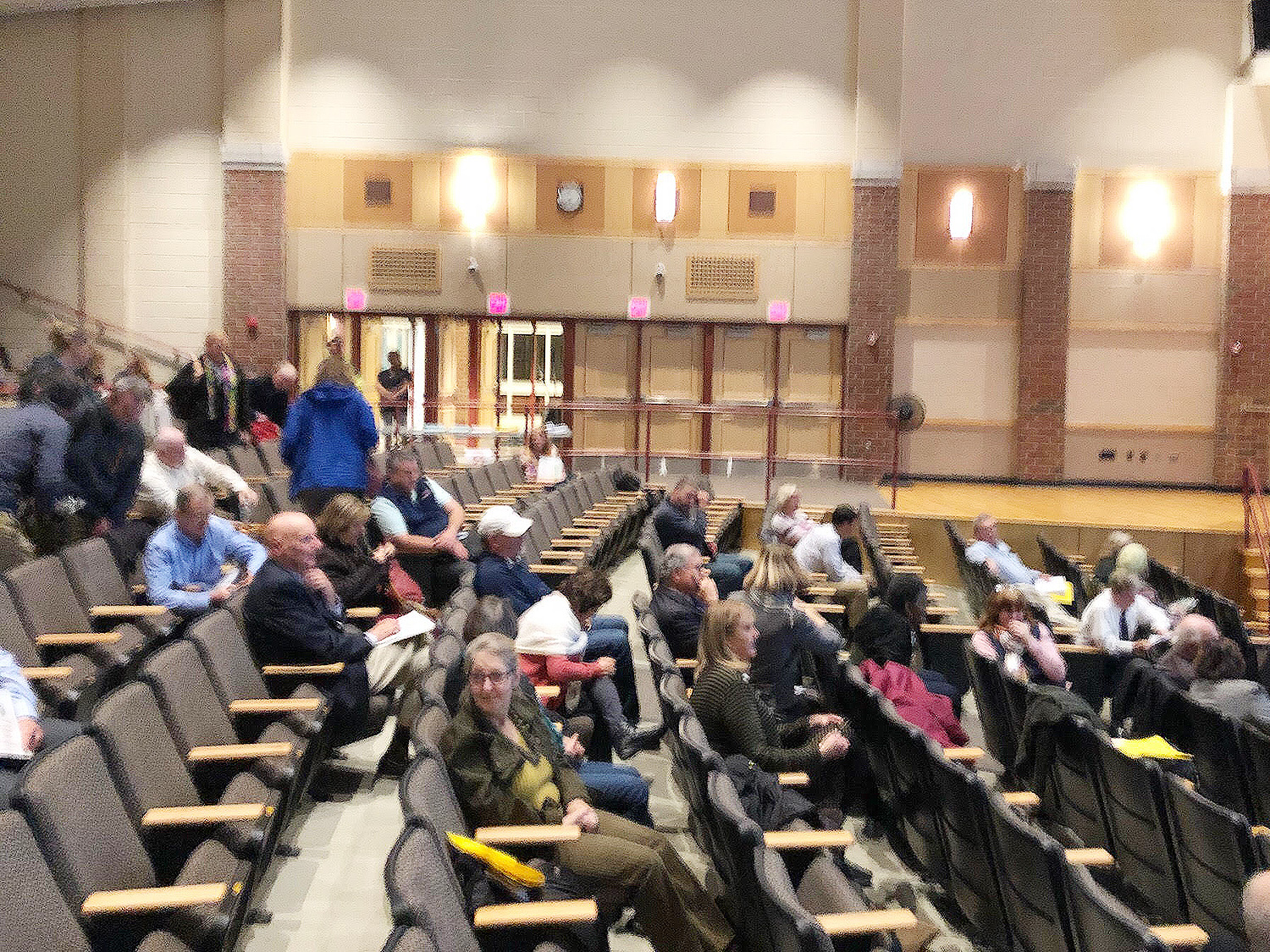 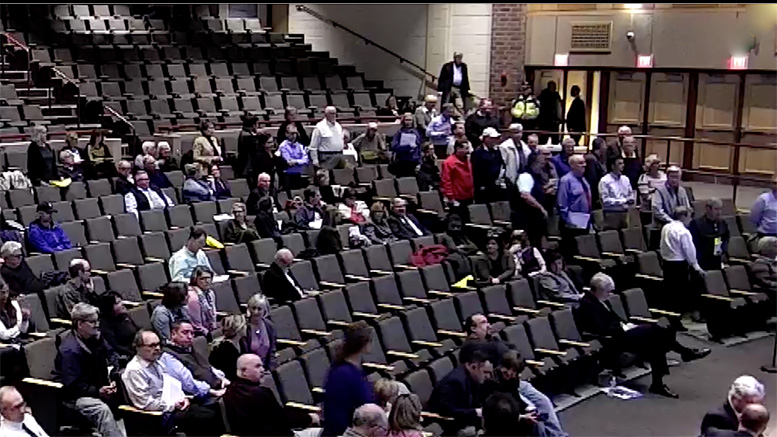 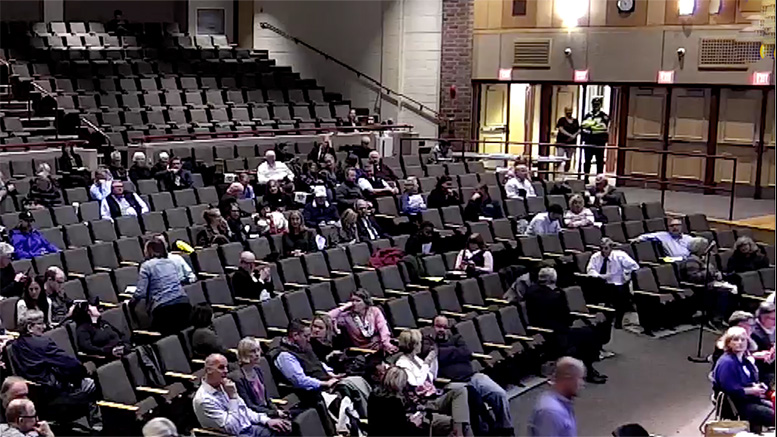 Select Board May 18: Amendment to Town Meeting Article 34 and More