Home » News » Poll Results: Should Milton update the name of the Board of Selectmen to be more gender-inclusive? 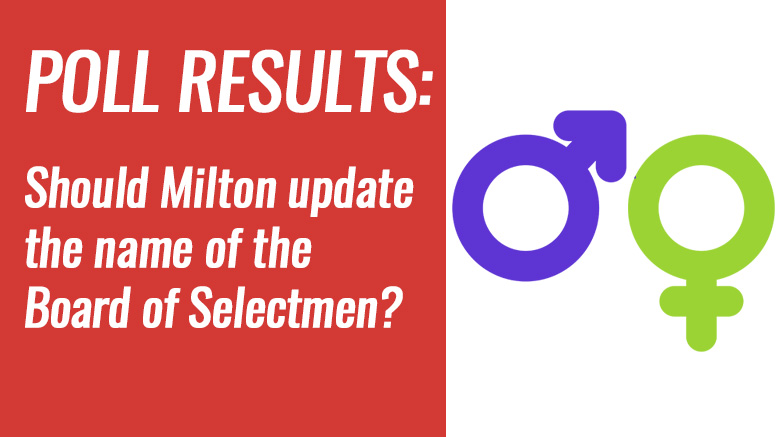 There is a movement from Milton residents to rename the Milton Board of Selectmen to Select Board. A group of citizens put together a petition, which was discussed at a late July Board meeting.

The Milton Scene took a poll of readers, asking them if they think the Board of Selectmen should be renamed to something more gender inclusive.

The poll received 810 votes. 211 of those votes were duplicate votes and were excluded from results.

YES: 66% of readers (398) were in favor or renaming the Board of Selectmen to something more gender inclusive.

NO: 34% of readers (201) were opposed to renaming the Board of Selectmen to something more gender inclusive.

What should be the new name of the Board of Selectmen?

In case you missed it, read:

Milton to host annual Fourth of July celebration on Wednesday

Ashley Householder, curator of exhibitions for the Preservation Society of Newport County, to come to Eustis Estate for a special talk on Irish writer Oscar Wilde

Be the first to comment on "Poll Results: Should Milton update the name of the Board of Selectmen to be more gender-inclusive?"