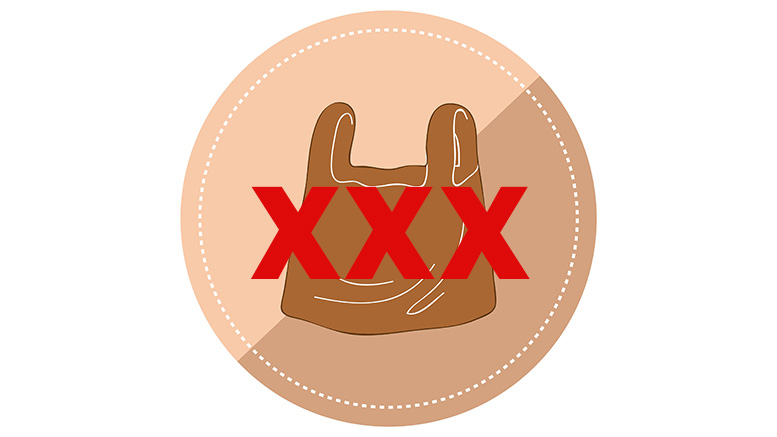 On September 14th, 2019, Milton will join Boston and 93 other cities and towns across Massachusetts that have enacted legislation to help free water ways, tree limbs and sewer grates of the flyaway eyesores that litter our streets, asphyxiate our wildlife and jam recycling mechanisms.

On March 14th Attorney General Maura Healey gave an official thumbs-up to legislation unanimously approved at Milton’s October 23rd Special Town Meeting requiring local businesses to make the switch from lightweight, single-use plastic bags to those designed for multiple reuse. Consisting of materials made of natural fibers (such as cotton or linen) or of durable, non-toxic plastic other than polyethylene or polyvinyl chloride, the reusable bags must be made of what is generally considered a food-grade material and 4 mils thick at the least.

According to the National Conference of State Legislatures, notable cities with plastic bag bans include Los Angeles, San Francisco and Seattle; New York, Washington D.C., Boulder and Portland, ME enforce bans and fees. California was the first to enact a statewide ban in 2014, and  Hawaii now has a “de facto” statewide ban in its most populous counties. A list of MA towns with plastic bag restrictions can be seen on the MassGreen.org website.

According to the bylaw, Milton’s ban shall include all businesses considered a “Retail Establishment” by definition, meaning “any person, corporation, partnership, limited liability company, vendor or business facility that sells goods, articles, food or personal services directly to the consumer whether for profit or not for profit.” The thin-film, handle-free bags used for dry cleaning, newspapers, produce, meat, fish, bulk foods, wet items and pet waste will not be affected by the legislation.

Retailers providing check-out bags will need to supply either a recyclable paper bag or a reusable checkout bag, costing the customer $.05 apiece on average. Failure for a merchant to comply will result in a $50.00 fine for a first violation, $100 for a second, and $200 for the third and each subsequent violation.

The Fruit Center, Milton’s busiest merchant, on average distributes approximately 3 million plastic bags per year. After September 14th, paper bags alone will be provided at the market, at a cost to the customer of $.05 a piece. The transition is now in its early stages, as evidenced by the bright green and white “Remember to bring in your REUSABLE BAGS!” signs bearing the Fruit Center’s logo staged throughout its Basset St. parking lot.

In a speech at the October Town Meeting, Fruit Center owner Michael Mignosa stressed that environmentally, the success of the ban will rely on a change in consumer behavior in a “convenience-driven society.” He spoke in support of the legislation, and Milton shoppers are sure to do so as well simply by forming new, easy habits. And they will pride themselves in doing so.

Edit: The Fruit Center Marketplace will be eliminating single-use plastic bags on May 1, 2019.

Be the first to comment on "Milton bags plastic"