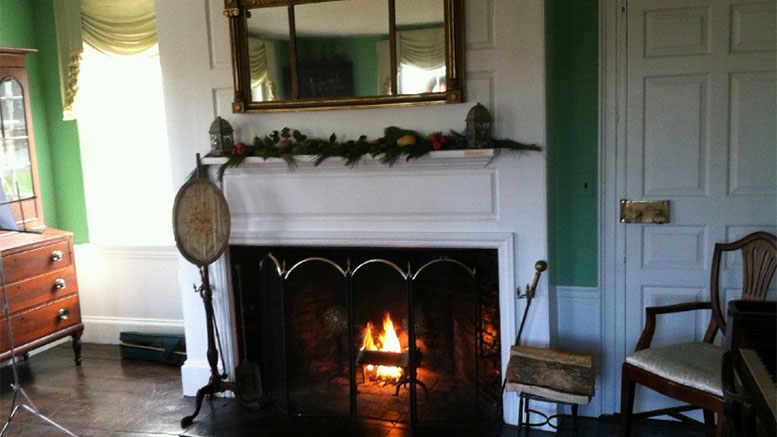 The Milton Historical Society is hosting its annual Fireside Chat program on Thursday, Feb. 13, 2020 at 7 p.m., at the Suffolk Resolves House, 1370 Canton Ave., Milton, MA. Reservations are required as there is a 20-person limit. Coffee and light refreshments will be available. Reservations only to [email protected].

On June 1, 1774, Thomas Hutchinson, the Royal Governor of Massachusetts Colony, left his country house in Milton to sail to England. In answer to British tea taxes and other actions against the colony, Boston radicals had dumped British tea into the ocean and were threatening government officials like Hutchinson. He expected to return soon, once the newly arrived British General Thomas Gage calmed the Boston mobs and restored order. A friendly crowd of Milton neighbors came to see him off, encouraging the Governor in his plans to return. But their support was deceptive. This once respected statesman was increasingly despised as a traitor to the cause of liberty for his support of British Parliament’s power over its colonies.

Hutchinson’s short English leave became a years-long exile as the colonies declared their independence and war began. Hutchinson longed to return to his native New England, where he had been born to a Boston family whose ancestors were among the earliest settlers of Massachusetts. He especially missed his country house in Milton with its views of the Neponset River, and its gardens, farm, and quiet village life. But condemned as a Tory, he could not go back.

Built in 1743 as a summer retreat, the country house in Milton appears often in Hutchinson’s diary and letters written while in exile. He sent his son directions for grafting the estate’s pear trees and thoughts on redecorating the interiors. After experiencing grand entertainments at the great country houses of the English aristocracy, Hutchinson wrote, “I would not have parted with my humble cottage at Milton for all the high life among noblemen of England.” As time went on, he wished to return home at least in death, writing that he wanted to be buried in Milton for “I cannot bear the thought of laying my bones anywhere but with my ancestors and friends in my native land.”

Hutchinson did not return. He died in England and has no tomb in Milton Cemetery. His country house is gone. Indeed, little physical evidence remains of Hutchinson’s domestic life. His homes in Boston and Milton were confiscated as loyalist property, and the contents looted, destroyed, or auctioned off.

Fortunately, something of Hutchinson’s life in Milton is preserved in the Milton Historical Society collection, including the only known image of his country house; a rare pre-1765 letter (many pre-1765 Hutchinson documents were destroyed); and Hutchinson’s clock, mirror, door knocker, and family bible. During our Fireside Chat, we’ll take a close look at these objects and hear the stories of Hutchinson and Milton that they inspire.

Pictures with Santa Claus to be held at Eustis Estate

Be the first to comment on "Milton Historical Society to host fireside chat Feb. 13, 2020"