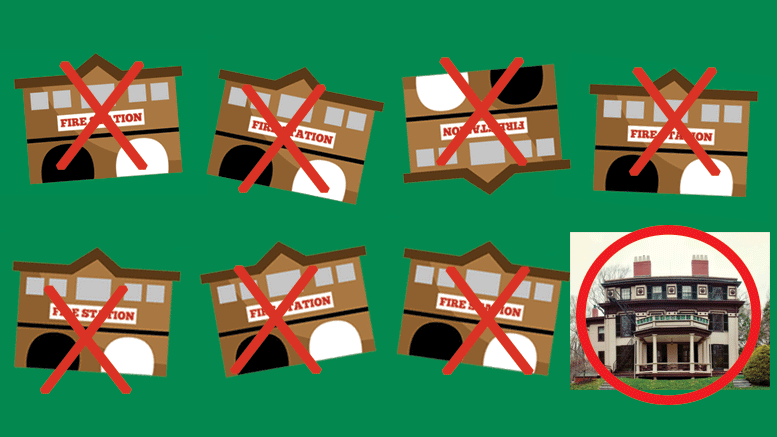 Citing the need for a fresh perspective, town officials recently constituted an eighth fire station committee to attempt to fix a replacement location for the East Milton fire station.

Appointing officials commented “we’re excited to take yet another look at the fire station issue and appoint this, um, what is it now anyway, eighth fire station committee. We’re hopeful that the ‘Ocho’ will find a location that will both fulfill the four minute response time required by the state and not piss off a bunch of artists and musicians in town with its recommendation.”

Drawing on an ever-dwindling pool of citizens who have not served on one of the previous seven fire station committees, three members have been recruited, among them, the committee’s chair, Howard I. Gno.

Gno, a former member of the town’s now-disbanded Better Way to Do it Committee, promptly drew on his previous experience by conducting a comprehensive review of best practices in locating fire stations by reviewing the town websites in Westwood and Needham before recommending the Lowes House as the site for the replacement station.

Gno acknowledged that while the Lowes House Museum was technically not within the required four minute response radius, the razing of the historic mansion to allow for the station’s installation would not necessarily irritate musicians and artists in particular. “During a site visit, I found the site perched high on the hill in a setting dripping with history. The site also has ample parking and ready access to Adams street. In addition, during my visit, I didn’t see a single person with a guitar or a paint set making it a near perfect location for the new station.”

Town officials thanked the Ocho for its comprehensive work and stated that a series of public meetings would be held to discuss locating the new fire station during open mic night at a to-be-named location with free harmonicas and sketch books blazoned with the number 8 for all participants.

Outdoor yoga and meditation to take place at the Eustis Estate September 20.