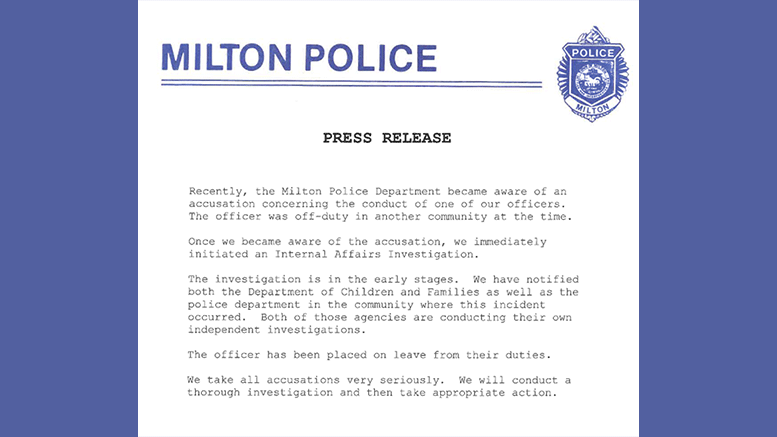 The following press release was posted on October 8, 2020:

Recently, the Milton Police Department became aware of an accusation concerning the conduct of one of our officers. The officer was off-duty in another community at the time.

The investigation is in the early stages. We have notified both the Department of Children and Families as well as the police department in the community where this incident occurred. Both of those agencies are conducting their own independent investigation.

The office has been placed on leave from their duties.

We take all accusations very seriously. We will conduct a thorough investigation and then take appropriate action.

The Milton police officer in question was accused of threatening boys over Black Lives Matter support while they were at her home for a sleepover with classmates, according to a recent article. The families were long-time friends. The officer also allegedly punched her husband, who tried to calm her down.

This past week’s top 10 most visited pages: September 24 – October 1

40B site walks to take place this week