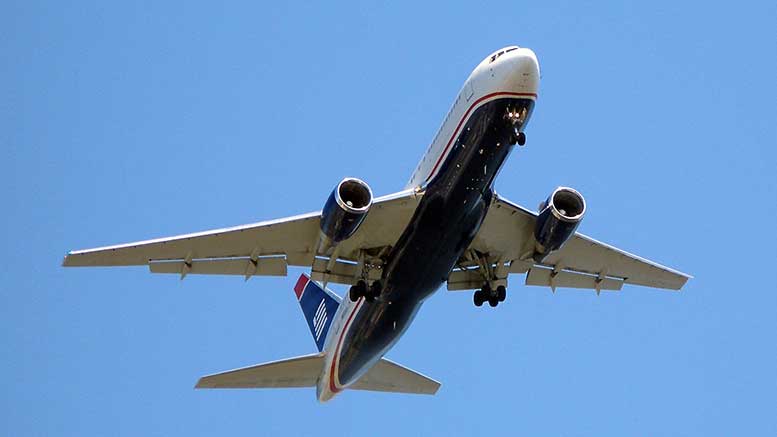 There is a reason why many Milton residents walked out in unison in disgust and disbelief at Tuesday September 29th, Board of Selectmen meeting.  As you may have seen on Milton TV Access’ coverage of this town meeting, a heated exchange occurred and we want to give you the background on what transpired so you have a full understanding of what the town has not done to protect it’s nearly 27,000 residents from becoming a plane town.

Item #14 on the agenda was a “Conference with Cindy Christiansen, Milton’s Logan CAC.” The Community Action Committee (CAC) is the liaison between Massport/FAA and over 30 communities who are affected by plane traffic. She recently discovered, by going through hard-won data, that Massport and the FAA plan to increase the already plane-filled skies with more flights in the next few months via their BLANS noise study.  She warned officials and residents that without swift action from local and state officials, the town will soon have little breaks from low-flying planes. 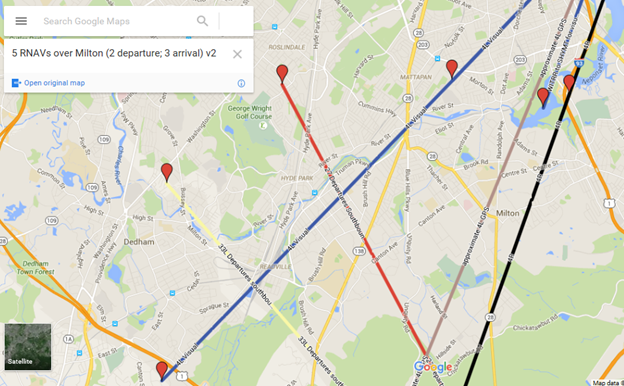 Map of flight paths across Milton

After a heated discussion with Ms. Christiansen, the Board of Selectmen (David Burnes, Katie Conlon and Thomas Hurley) and the Town Administrator Annmarie Fagan invited David Godine, Milton’s CAC alternate representative, to speak. Mr. Godine was not on the agenda and conveniently appeared in the room at the right time. He read an unflattering email about Ms. Christiansen written by Darryl Pomicter, the President of Logan’s CAC. In this email Mr. Pomicter stated ‘she is challenging to work with, asked too many questions and poked holes at data and is a threat to Milton.’ After hearing this email it was clear the Board and Town Administrator were going to discuss Ms. Christiansen’s removal from the CAC position.

Ms. Christiansen posed a threat to other communities that don’t want any or more planes over their communities. She does challenge, poke, asked and requested information to help find a solution as any good leader should do.

What caused the harsh email? Ms. Christiansen posed a threat to other communities that don’t want any or more planes over their communities. She does challenge, poke, asked and requested information to help find a solution as any good leader should do.  With Ms. Christiansen, this town had a professional to ask tough questions, analyze complicated data and flight path use and understand highly technical aviation nuances. This plane issue is complicated and its damaging effects come from the FAA, a rogue federal agency that doesn’t seem to answer to anyone.

“…a good citizen is a person who is challenging to work with, asks too many questions and pokes holes at data. If you’re not asking questions, you’re not thinking.” — Milton Neighbor Claire Canning

Last night was a clear move from town officials to publicly humiliate Ms. Christiansen – a volunteer who has worked tirelessly on behalf of the town to uncover yet another move from Massport/FAA to add more planes over our homes.  She is one of the few people who has fought hard to reduce plane traffic, however the town continues to take same laid-back approach by placing like-minded and non-responsive individuals to ‘work’ on this issue.  As we know, this ‘work’ has resulted in two new flight paths and more arrival flights in just the last few months; see the town’s flight path map above. The town’s Airplane Noise Advisory Committee was created over a year ago and can’t advise town officials because it hardly meets and still has no strategic plan.

“I am ready to sell my house and move to a town that isn’t bombarded with planes and to a town where their leadership takes action when problems surface.” — a concerned Milton Neighbor

In closing, we are writing this so you understand what really happened with many residents as witnesses and how deeply disappointed we are with the leadership and behavior of our local officials.  We’d like to thank Congressman Lynch, Senator Brian Joyce and Representative Walter Timilty for their ongoing support and encourage you to contact them with your concerns.

This Board of Selectmen meeting will air every night this week at 8 p.m. on Milton’s Access TV, Channel 8 on Comcast or Channel 3 on RCN. Or, you can watch last night’s meeting directly on Milton Access TV. Listen to fellow residents speak about their plane concerns during the Citizen’s Speak portion (See Citizen’s Speak in Pt.1 and Cindy L Christiansen‘s report in Pt.2 starting at 39:00/agenda #14.)