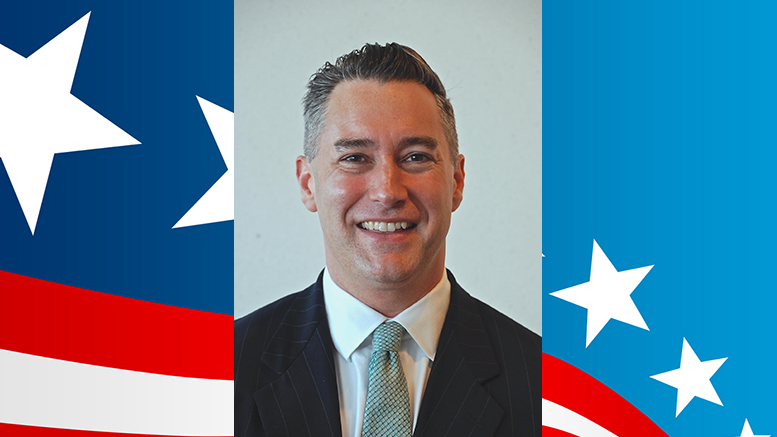 Farrington, 39, formerly an attorney for Norfolk Sheriff Michael Bellotti and currently General Counsel for the Massachusetts Sheriff’s Association, is experienced working in state government and legislative affairs. He draws upon his Jesuit education – with its emphasis on commitment and service for others – as well as his family’s deep roots in the District as the inspiration and driving force in his decision to run for elected office.

“As a kid growing up, I knew my sisters and I were lucky; now, I want to make sure every person – and their families – feel as lucky to live in our District as I did,” Farrington said. “I believe our shared values, our diversity, and our desire to build a better community for all of our residents, make the District a special place. It would be an honor and a privilege to represent the 7th Norfolk with the same pride and passion I see our residents bring to it every day.”

In addition to his work in state government, Farrington is a coach and volunteer for the Milton Jr. Wildcats youth football program, a Town Meeting Member candidate (Precinct 8), member of the Massachusetts Bar Association, the Catholic Lawyers Guild and a parishioner at St. Elizabeth’s church.

Although civically active, this is Farrington’s first campaign as a candidate. He believes that he offers a unique perspective that no other candidate can match. “I am excited to talk with voters about the challenges facing us locally and statewide and offer up genuine, substantive solutions to those challenges. As great as this District is, there’s room for improvement. I’m confident that I can get us there!”

Farrington plans to build on his public safety and State House relationships by advocating for the hard-working residents of the District. He will be holding a series of events, knocking on doors and working tirelessly to meet as many residents as possible.

He can be reached directly at: