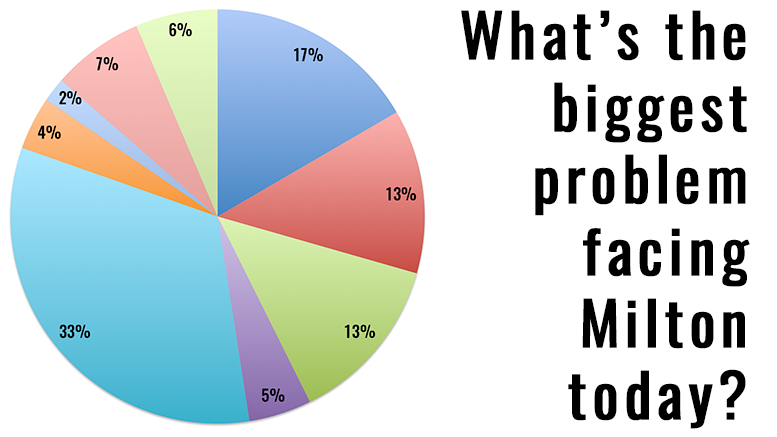 Number one biggest problem is lack of commercial development according to poll.

On Facebook, Milton Neighbors recently cited many things that they feel are problematic in Milton right now. The Milton Scene recently polled residents on the top issue. 264 people responded to the poll. 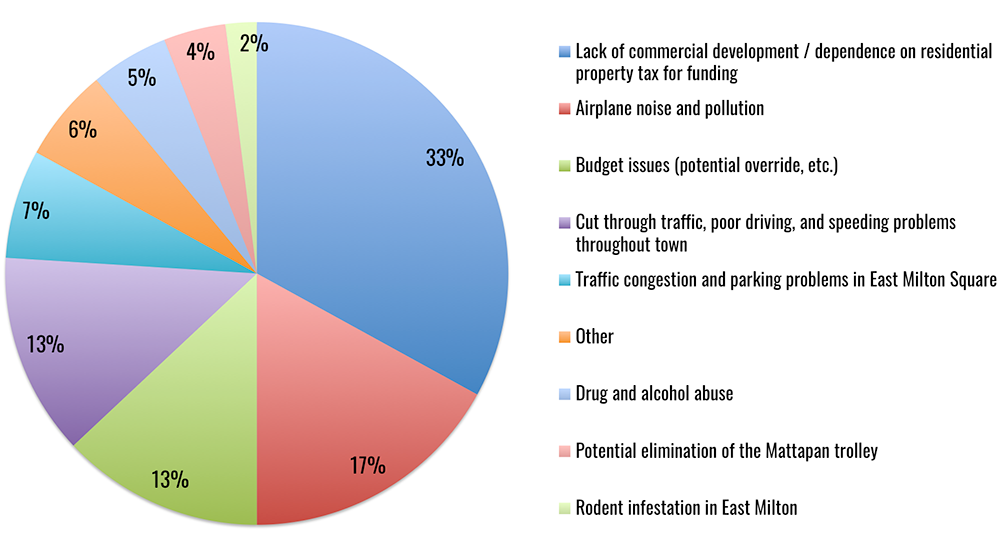 Residents named “other” problems as the following:

The terrible conditions of the streets, especially Canton Avenue.

This could probably be tied into budget issues, but the condition of our roads is embarrassing.

Condition of the roads.

Not enough activities for teenagers to hang out safely.

Too many yuppies trying to change the town.

White privilege is rampant in this town.

A culture of dishonesty and lack of integrity in the TA, and heads of DPW, Planning and MPD.

Seemingly widespread support for Chief Well’s kneejerk decision to run for selectman, after deciding to break the contract he signed for more $ and blaming it on the selectmen who acted fiscally responsible.

All of the above!