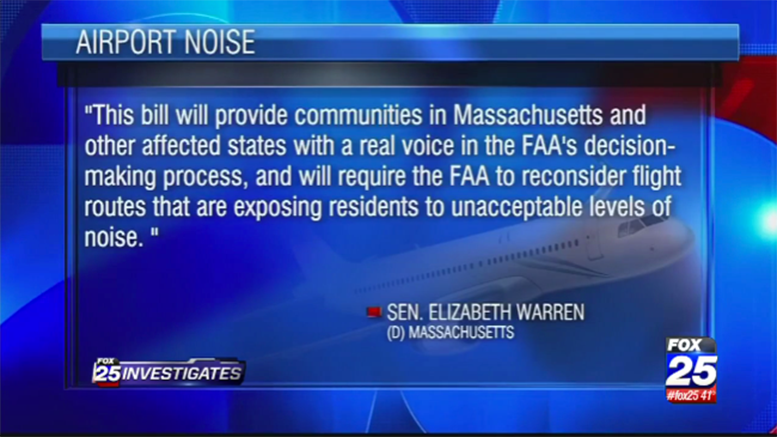 Sen. Elizabeth Warren has introduced a bill to give communities a voice in flight-path decision process, citing the complaints near Logan, which FOX25 has previously reported on.

“There has been a significant increase in airplane noise in communities near Logan Airport, and local residents deserve to have their concerns heard,” said Warren.

“This bill will provide communities in Massachusetts and other affected states with a real voice in the FAA’s decision-making process, and will require the FAA to reconsider flight routes that are exposing residents to unacceptable levels of noise.”

FOX25 first spoke to Barbagallo about the problem in November. He said that after new computer-generated flight paths were designed more than 500 planes were going over his house each day.

State Representative Walter Timilty grew up in Milton and says it has never been like this.

“People are going to move, people are talking about putting their houses up for sale,” Timilty said.

Be the first to comment on "Sen. Warren introduces bill to give communities voice in flight-paths"