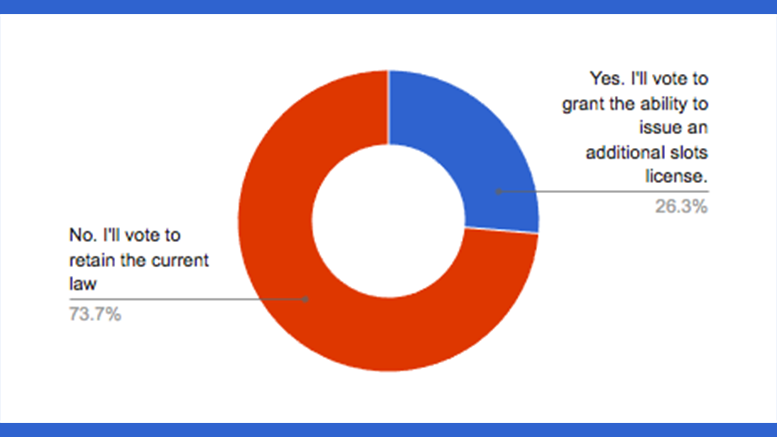 Poll Results: How will you vote on Question 1: Massachusetts Authorization of a Second Slots Location

Poll Results: How will you vote on Question 1 (Massachusetts Authorization of a Second Slots Location)

The Massachusetts Authorization of a Second Slots Location Initiative, also known as Question 1, is on the November 8, 2016, ballot in Massachusetts as an indirect initiated state statute. 37 readers responded to this poll.

74% of readers said they would vote NO, to oppose the proposal.

26% of readers said they would vote YES, to support the proposal.

A “yes” vote supports this proposal to grant the Massachusetts Gaming Commission the ability to issue an additional slots license.

A “no” vote opposes this proposal, retaining the current law that allows three resort casinos and one slots parlor

POLL: How satisfied are you with your child’s/children’s online learning experience?

Poll: Do you own or work for a small business? Poll

Be the first to comment on "Poll Results – How will you vote on Question 1: Massachusetts Authorization of a Second Slots Location"