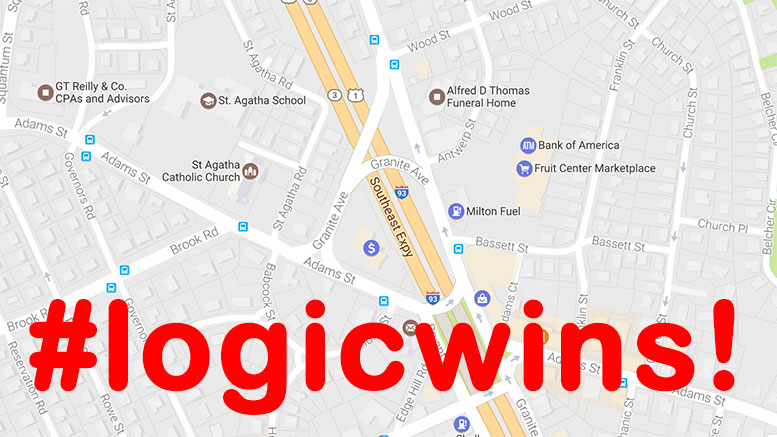 Adams Street to remain closed for the rest of eternity

The two-week traffic study, which began March 5, 2012, ended this month (two weeks after it began).

Milton’s Traffic Commission said that Adams would remain closed for the rest of eternity, since it would make way too much sense to open it. A recent parking and traffic study concluded that residents and non-residents alike really enjoy sitting in East Milton’s gridlocked traffic for hours on end, and that the mock-rotary which started its two week test in 2012 was working fabulously.

“Why would I want to get home in 5 minutes, when I can sit in gridlocked traffic for 35?” – Governor’s Road resident Nimby O’Malley

Also in response to the study, the Town will introduce FREE podcasts of crying babies to listen to while residents sit in gridlock.