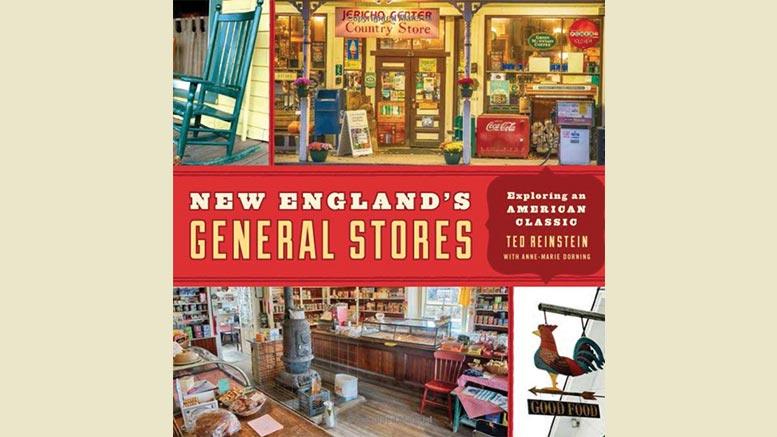 “Chronicle” host Ted Reinstein returns to the library at 7:00 p.m. on Thursday, November 30th to talk about his newest book: New England’s General Stores.  Explore the fabric of America over hot coffee and penny candy.  Step through the wooden doors of a New England general store and step back in time, into a Norman Rockwell painting and into the heart of America.  This new book offers a nostalgic picture of a colonial staple and fortunately, a steadfast institution of small towns from Connecticut to Maine.  This is where children of each generation take their first allowance to buy their very own penny candy.  Locals have swapped stories at these counters from gossip, to whispers of revolution.  In tough times, the general store treated customers like family, extending credit when no one else would.  Stubborn as New Englanders themselves, the general store has refused to become a mere sentimental relic of an earlier age.  Ted Reinstein has been a reporter for “Chronicle,” WCVB-TV/Boston’s award-winning – and America’s longest-running, locally-produced nightly news magazine since 1997.  Copies of Ted’s books will be available for purchase and signing at the end of the talk.

All of these events will be held in the Keys Community Room, unless otherwise noted, and they are free and open to the public.  They are proudly sponsored by the Friends of the Milton Public Library and for more information, go to the website: www.miltonlibrary.org or call staff member Jean Hlady at the Reference desk at 617-698-5757, x. 3.