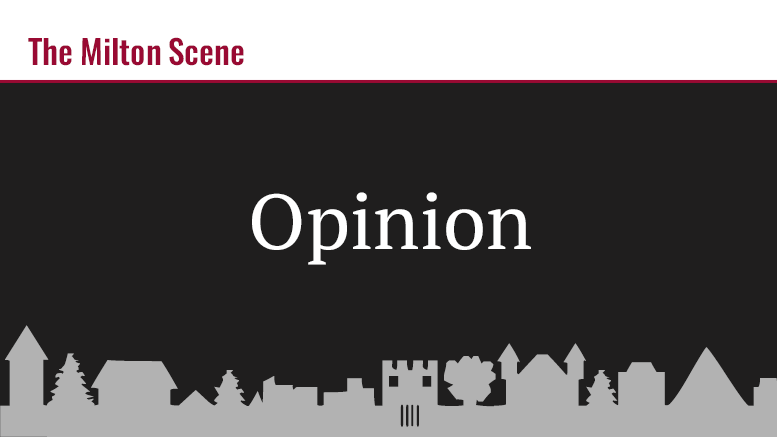 Letter to the Editor: PILOT Bill sponsored by Jerry Burke

The following was sent to Milton’s Select Board Members. I suggest you check out the article or watch the meeting, then let the Select Board if you support responsible and reasonable PILOT contributions in Milton to assist in continuing to provide first-class service to our residents and our not-for-profit institutions.

I read with interest the Milton Times article covering the June 26th Select Board meeting and the discussion around the PILOT Bill sponsored by Jerry Burke. The article references a comment during the meeting made by one of you that, “We’re talking about public education and public education is free.”

I must disagree that public education is free. For one, as noted in many forums in Milton, it costs approximately $14,000 to educate a single student in Milton. Understanding this is not the tone intended by this statement, let me also call to mind that Milton spends significant time and money each year enforcing our residency requirements. If public education were free to non-residents, than we would likely not put such energy into this pursuit.

Instead, I would argue that public education is a benefit bestowed upon residents of the town of Milton, and with few exceptions, the residents of Milton pay taxes – either directly to the town as homeowners or in the form of rent as renters – to derive such a benefit.

There, I think, are very few exceptions to that rule. One such exception is, apparently, the children of Milton Academy (and perhaps Curry College) educators whom reside in homes that are owned by the institutions, and therefore live in the town tax free.

It is, in my opinion, patently unfair of either of these institutions to take advantage of the Town of Milton by offering housing to their employees and by extension a free education to their children – all at a massive cost to our town – while not paying regular property taxes. Frankly, the greatest insult to me comes from Milton Academy, which could easily educate the children of its employees on its own at its own cost but instead sends these children to our fine schools, further burdening the system without compensation. To then read that Milton Academy has requested that these homes specifically by excluded from the town assessment is – in a word – galling.

Mr. Burke’s bill should be be supported and sent to Town Meeting for debate and a vote. I commend your board for taking up this issue and for delving into the PILOT program. It is a very important discussion that is far overdue in Milton.

Thank you for your time, service, and energy. I plan to share these comments publicly.

Letter to the Editor: We will get through this pandemic, but our gym needs your help

Letter to the Editor: Deja vu all over again

Opinion: Should “half in services” piece be eliminated from PILOT program?

Be the first to comment on "Letter to the Editor: PILOT Bill sponsored by Jerry Burke"