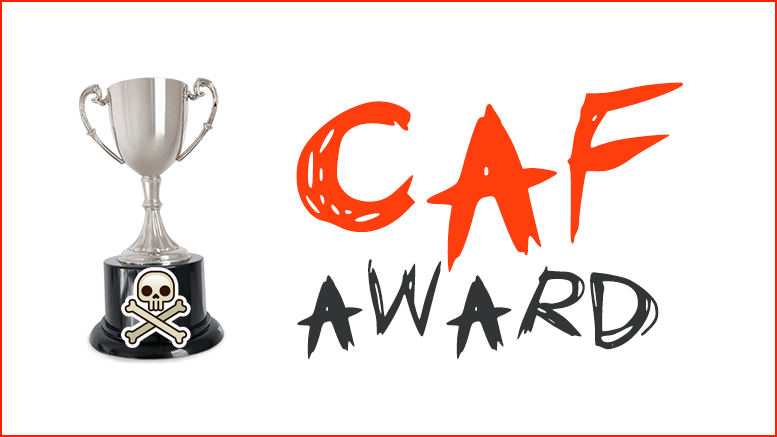 The Milton Literary Guild is coming off of a week for the record books after winning a highly-coveted award from the Composition Catalogers (CC) – an academic society that devotes itself to the appreciation of bizarre, jaundiced, self-absorbed, false and disturbing musings.

CC named the Guild for its prestigious Crazed Alternative Facts (CAF) award for “Milltown’s Criminal Element” – the group’s head-scratching, 10+ page screed released in January. Opening with a disturbing description of a murder, the story goes on to present a winding, incoherent and poorly-written tale involving “Mindy” – a disgraced former town official who was was fired amid accusations of eavesdropping on a local non-profit’s board meeting.

In naming the Guild CAF, Lou Natych, head of the catalogers, stated “we’ve been in this business for a long time and were delighted to come across the Guild’s story. You don’t see this level of deranged writing inspired by pure, unalloyed, malignant narcissism every day. Every word leapt off of the page to us – so much so that one would think CC wrote the story.”

Natych also said that, while the Guild’s piece was predictably riddled with inaccuracies, it was the story’s litany of material omissions that really made it stand out as CAF.

CC’s statement went on to note its appreciation for the irony in the group’s wide electronic distribution of the piece (critical of so many ) which some have complained was done using email lists procured from other community groups without their authorization. Close observers are said to be speculating as to whether a subsequent work might focus on the disgraced Mindy’s attempt to lead a campaign calling for ethics and transparency in government without the slightest bit of self-awareness.

Who would accept CC’s award for the Guild remains an open question as its members’ identities remain a “secret” – so much so that a local news outlet with multiple reporters on staff apparently can’t seem to figure them out.

For now, however, the group members are said to be just enjoying being CAF.

Tips for parents during school closures

Be the first to comment on "Milton Literary Guild wins honors"