Home » News » Letter to the Editor: A “Yes” vote on 3 helps Milton, gives seniors a break 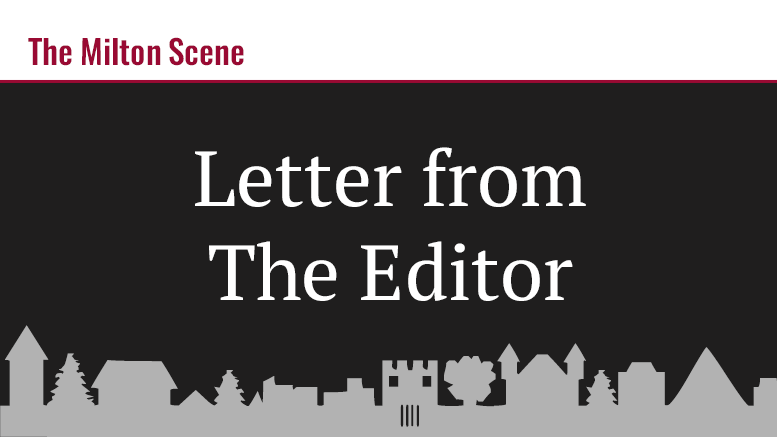 Letter to the Editor: A “Yes” vote on 3 helps Milton, gives seniors a break

I write with respect to Question 3 on our November ballot – the Community Preservation Act or “CPA” – and to respond to a few of the points raised by my friend David Burnes in his letter in the October 29 edition of the Milton Times.

First, David suggests that CPA funding would be a “change” to the Town’s “best practice.” To the contrary, CPA funds would be spent just the same as every other dollar in Milton is spent. A committee, just like our existing Capital Committee, would make recommendations that would be vetted by the Warrant Committee, and the 278 Town Meeting Members would make all the decisions.

Second, David suggests that CPA funds “will not be nearly enough” to help pay for the fire station project. To the contrary, CPA funds for this year would have totaled approximately $880,350, of which up to 80% – $704,280 – could have been used to help finance the historic preservation portion of the fire station project. That is undeniably a huge financing opportunity. In that scenario, $88,035 would have been available for affordable housing, which is more than the Town has allocated for affordable housing from the general fund in the two prior budget years, and $88,035 would have been available for parks and recreation.

In addition, if we had CPA in place this year, Milton would have received at least $162,000 in state matching funds, which begs the question: Why would we not do this to help our Town?

My hope is that Milton residents vote YES on Question 3, to help our Town and to finally give our seniors a break.

Email your letters to [email protected].

What are we discussing? Top Milton Neighbors posts – February 2022

Trash collection to be delayed due to New Year’s holiday

Be the first to comment on "Letter to the Editor: A “Yes” vote on 3 helps Milton, gives seniors a break"