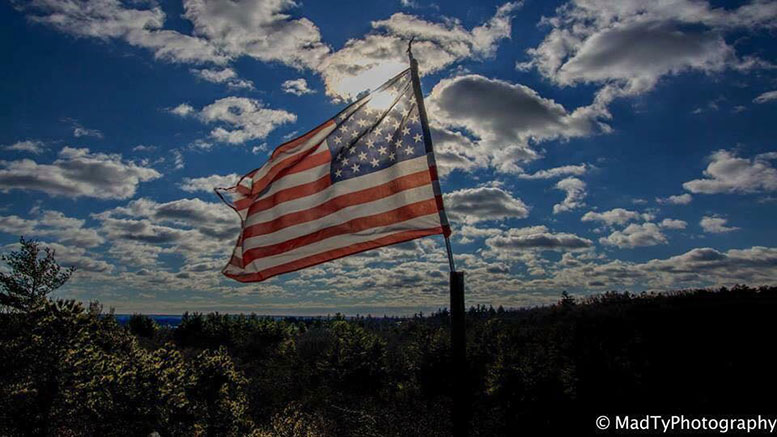 Reflections on the anniversary of 9/11 – Letter to the Editor

On this anniversary of the horrific events of 9/11, I find myself reflecting on where we were and what has transpired for our nation and Muslims in particular. I am remembering the innocents murdered and their families, countless first responders and helpers, hundreds of thousands displaced or who died in senseless wars, and the hate and bigotry that ensued. The events 20 years ago had a fundamental impact on how the world would view Islam, treat Muslims, or anyone who was perceived as Muslim. In many ways we have come a long way and in other ways we have a long way to go.

Admittedly, this anniversary is hard for me. I have mixed emotions of grief, anger, and hope. I worry about the stereotypes circulating again about Muslims and Muslim women needing “rescue” by White feminists. The constant “othering” at a time when Islamophobia is high, and Muslims are twice as likely as other faith groups to have attempted suicide (JAMA Psychiatry, 2021). When will Muslims be more than ‘’terrorists” and treated like neighbors who also have suffered collective trauma when their faith was hijacked 20 years ago? When will our kids stop being bullied for wearing a head scarf or having “Muslim” sounding names? When will hate crimes come to an end or at least decrease against Sikhs, South Asians, Middle Easterners, Muslims, Arabs, and anyone remotely looking like a “Muslim”?

I confess that I am a little angry too. I am angry at our deplorable actions around the world in the name of fighting terrorism. A narrative weaved to demonize Muslims to justify war – the list of nations and places too long to mention. I am especially angry over Afghanistan. We are having the same conversations about “saving” women and children. Where were we the last 20 years? I am angry that we are called to “explain” our faith and defend ourselves anytime something happens around the world when the biggest threat to our safety and security is White supremacy. I am angry that while the US was chasing terrorists around the world, it turned a blind eye to the real threat – domestic terrorists. I am angry over monies spent on war that could have been spent here on education, alleviating poverty, healthcare, infrastructure, and climate change just to name a few. What we don’t talk about are the drone attacks, Guantanamo, Abu Ghraib, the so called “weapons of mass destruction” that never existed, the harm done to our troops and the needs of veterans, and the countless policies like Patriot Act that were quickly enacted to police, monitor and surveil the Muslim community.

Growing up as a South Asian American woman, I was already aware of my racial identity but 9/11 ‘racialized’ me as a Muslim. For many of us born here, we were suddenly ‘othered’ – made to feel different, excluded, an outsider – overnight for our beliefs and yet Muslims have been here before the nation was even founded. We also realized some of the privileges that we had been enjoying when our Black and Native brothers and sisters had not. Almost overnight, specific language was used to describe us, policies enacted to register and profile us which are still in effect today, and Muslim organizations were shut down or scrutinized. Mosques and university student groups were under surveillance, and the pressure to assimilate and disappear from society was strong.

It has been exhausting being an American Muslim. But then I reflect and recall the Prophetic stories of trials and triumph of Prophet Ibrahim or Prophet Moses or Prophet Mohammad. And I think of the possibility of what America can be and the ideals which we all hope she will one day realize. I cannot help being proud of my community that has been strong and resilient in face of hate and Islamophobia.

American Muslims are increasingly more unapologetic and unabashed about asserting our identity and representation and putting our faith in practice to serve and lead in every sector – entertainment, arts, politics, public policy, advocacy, medicine, academia, law, and athletics. We experienced many “firsts” after 9/11. We went from our first Muslim elected congressmember Keith Ellison to now having three in the halls of Congress – Andre Carson, Rashida Tlaib, and Ilhan Omar. Countless others now serve as elected leaders within school boards, local councils, county, and state legislative bodies including myself. Once mocked for working for a State Senator as District Director, now it is commonplace to not only see interns but also Chiefs of Staff and senior staff members serving in legislative bodies and government departments.

Convincing our community to vote and donate to political candidates was challenging due to fear and mistrust in the process. Now, Muslim voters and donors are influential and tuned in about their growing influence and power in the political process. And savvy candidates know to court their Muslim constituents and donors. Muslim comics and entertainers were important for many of us young professionals at the time looking to heal and laugh from the trauma. These same entertainers are now headliners and influencers in politics, social media, and entertainment. Many of the trailblazers have been women in the social justice space, politics, culture and fashion, and athletics. I am happy that my two young daughters can see themselves in these role models.

Seeing the American Muslim community increasingly included, expand, mobilize, and demand representation gives me hope that brighter days are ahead. I am hopeful that we can learn from one another and create positive change working side by side as neighbors. I know that I am not alone in my feelings. I believe in the human spirit of love and resilience, and I have witnessed it among our neighbors. I pray that we embrace one another, learn about one another, and learn with one another for a more peaceful and just world for our kids. If the adults practice and embody empathy, imagine what our children will learn from us.

Absentee ballot applications must be submitted by Aug. 26 for the Sept 1. State Primary