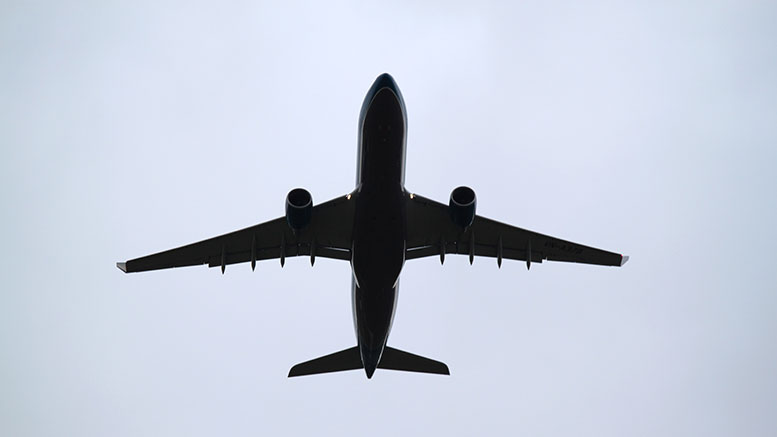 Airplane flying in the sky

**Note: If you cannot attend, please post your questions in the comments!

The Milton chapter of BOS Fair Skies, a local advocacy group working to reduce airplane traffic over the town, is sponsoring a talk by Wig Zamore, the Logan Airport Community Advisory Council representative from Somerville about the impact of aircraft pollution on Thursday, March 31 at 7:00 p.m. in the Keyes Room at Milton Public Library.  The talk is free and open to the public. Residents of Milton and other towns affected by aircraft traffic are encouraged to attend.

Wig Zamore, who has degrees from both Bowdoin College and MIT, has studied the issue for many years. Zamore has been a member of the Logan Airport Community Advisory Council since 2007 and also serves on the Massport Community Advisory Council. He represented the City of Somerville for the Massachusetts Department of Environmental Protection Logan Airport Health Study. His observations about mortalities in Somerville led to a fifty location NO2 study for the Massachusetts Department of Environmental Protection. Zamore has also spent significant time studying ultrafine particles and co-authored a paper entitled, “Effect of Time-Activity Adjustment on Exposure Assessment for Traffic-Related Ultrafine Particles” which appeared in the Journal of Exposure Science & Environmental Epidemiology in 2015.

Mr. Zamore will discuss the background on how and why grass roots Somerville citizens evolved toward working on local land use evolution, regional transportation, environmental quality and public health; what has been found out about the serious health impacts of regional transportation impacts on local communities after a decade of working with Boston’s research universities.

More specifically he will address near road transportation air and noise pollution and health effects, community design tactics and the emerging science of aviation related impacts.

“Over the last couple of years, Milton has experienced a sharp increase in aircraft traffic due to the FAA’s new policy of concentrating flight paths, a policy we believe did not consider the impact on people on the ground. We hope that citizens will come to this talk to learn about potential health effects of these concentrated flight paths and then take action,” said Phil Johenning, co-chair of the Milton chapter of BOS FairSkies.

“We hope that citizens will come to this talk to learn about potential health effects of these concentrated flight paths and then take action.” — Phil Johenning.

Johenning and his co-chair Sheryl Fleitman will also brief residents about an initiative the group is proposing that would require the Town to earmark funding for efforts to reduce aircraft traffic—along with its attendant noise and air pollution–over the town. Actions that have been considered include litigation and health studies.

Following the FAA’s implementation of “RNAV” concentrated flight paths in 2013, the number of complaints made by Milton residents to the Massport Noise Abatement skyrocketed by more than 200 percent.  The BOS Fair Skies grassroots committee formed in 2013 to mobilize and educate citizens and in 2014, the Town created an official Aircraft Noise Advisory Committee comprised of residents from different professional backgrounds.

Fair Skies is also urging all citizens to write to or call their Congressman and Senators asking them to ensure that adequate measures to protect residents and communities near airports from aircraft noise and air pollution are included in the long range FAA Reauthorization Bill scheduled to be voted on in July. Across the country, communities impacted by the new RNAV flight routes–part of the FAA’s “NextGen” initiative–have been voicing opposition to them and sometimes taking legal action because of the unnecessary and excessive noise and air pollution they create.

**Note: If you cannot attend, please post your questions in the comments below this story!