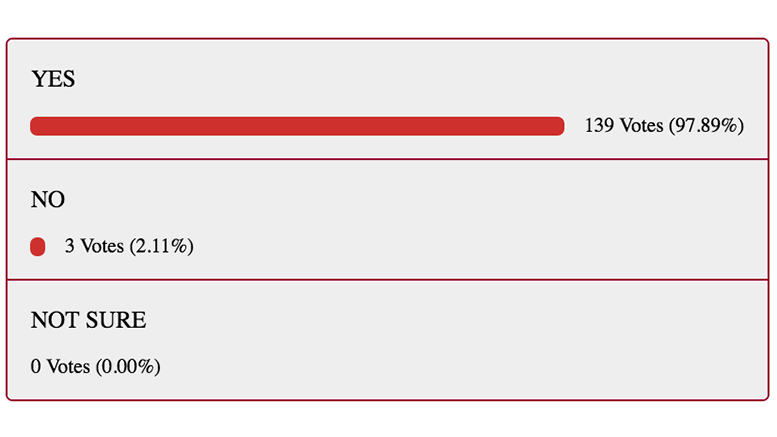 142 people responded to the survey.

POLL: Do you think Milton Public Schools should reopen to full-time in-person learning?

POLL: How will you vote on Ballot Question 2 this November?

POLL: Do you think masks should be required at the start of the 2021 school year?