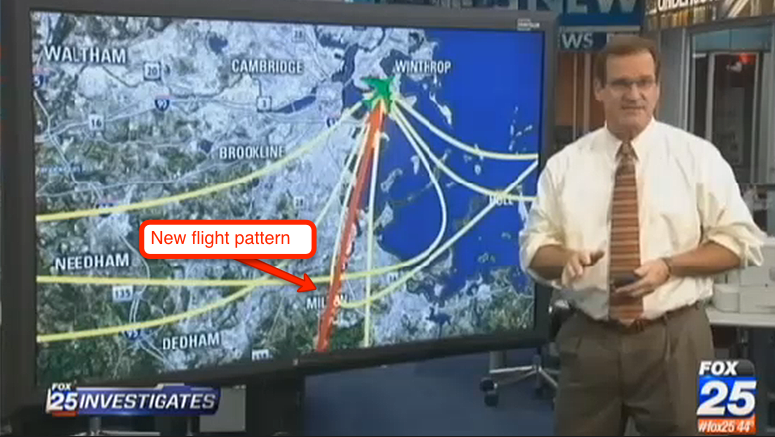 From Fox 25: demonstration of new flight paths over Milton 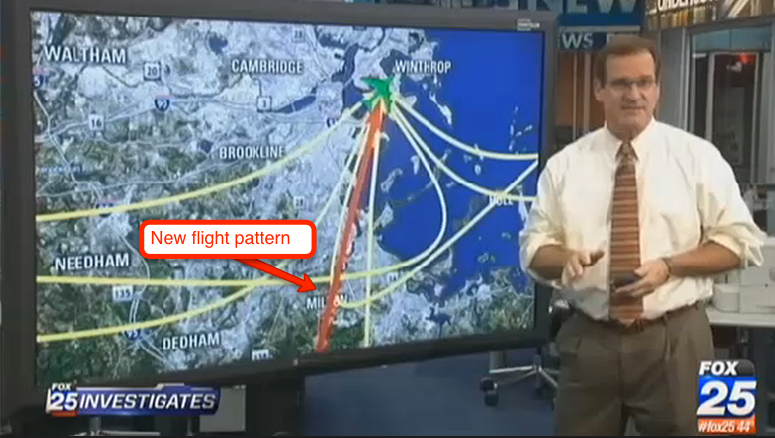 From Fox 25: demonstration of new flight paths over Milton

BOSTON — The constant roar of airplanes flying overhead can rattle a home’s windows and residents’ nerves.

While some towns have been dealing with this for years, a new system for guiding flights into Logan Airport is making for suddenly turbulent times in towns like Milton.

Airplane noise is making it hard for Milton residents to be heard, and the town is looking for help in getting the planes to take a new approach.

Timilty grew up in Milton and says it has never been like this.

“People are going to move, people are talking about putting their houses up for sale,” Timilty said.

The town finds itself under a noise airplane super highway. Recent flight pattern changes in and out of Logan Airport have up to 500 flights a day roaring over a more concentrated area of Milton.

“Planes come over the roof from over there about 1,000 feet with their gear down,” said Milton resident Sebastian Barbagallo. “They probably come every 90 seconds or so starting at about 5:30 a.m. until 12:30 at night.”

Massport has received 11,000 noise complaints as of September, and 17 percent of those are from Milton. Since the new flight patterns went into effect, noise complaints have more than doubled in towns like Hull, Belmont, Arlington, and Winchester.