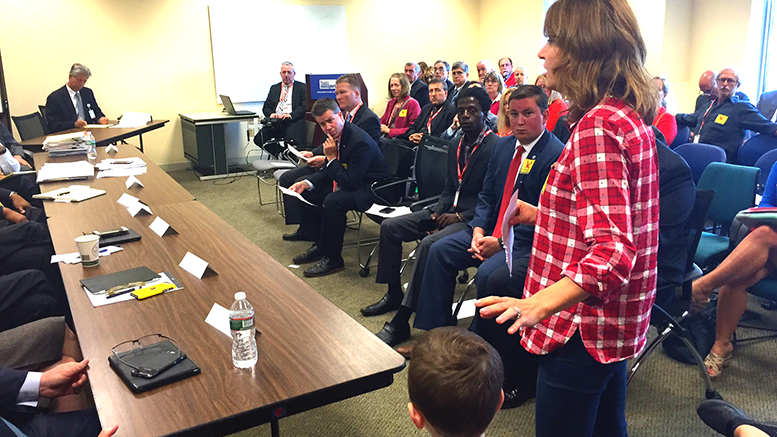 Milton resident Jen Goonan and her son attend the Sept 15. Massport board meeting to voice concerns of plane abuse

Milton residents, along with local politicians and representatives, packed the September 15 Massport Board meeting to have their voices heard with respect to air traffic abuse over the town.

Several Milton residents have likened Massport’s complaint system to “writing a letter to Santa Claus,” since the complaints appear to result in a handy stack of data, but no resulting change.

Milton resident Kay Leissner, MD, called for the Massport Board to give him a reason why planes were repeatedly causing his home to vibrate. Jenn Goonan talked about her young son’s sleeping difficulties due to the planes. Milton Community Advisory Committee Rep. Cindy Christiansen educated the group about the data and statistics associated with pollution and plane emissions and called for Massport to adopt a resolution drafted by Milton resident Tom Doherty, to work with Milton residents and their representatives, along with airlines, pilots, air traffic controllers, and FAA representatives, to develop a voluntary plan to mitigate the air traffic abuse over Milton.

Former School Committee Chair Mike Zullas mapped out the radius of the 4R flight path, and presented a visual map of the many schools, playgrounds, and parks over which planes drop constant toxins, pollution, and noise. Fr. Bill Brown of the St. Joseph Retreat House in Milton informed the Board that his retreat house was known as being the noisiest in the nation, and urged the Board to follow the Turkish proverb: “If speaking is silver, then listening is gold.”

A Milton resident and COO of a behavioral health practice, Nora Harrington pointed out that extreme intermittent noise and sleep deprivation are so debilitating that they’re used as interrogation tools by the military and intelligence communities. “This extreme intermittent noise describes exactly how planes affect the people living, working and playing beneath the NextGen paths,” said Harrington. She differentiated constant noise, such as that from a highway with intermittent plane noise: while white noise is constant and expected, evolving into background noise, intermittent plane noise is actually significantly more stressful, in part due to the anticipation. She also expressed concern over the long-term effects of the plane noise and pollution on children, noting that the children hear the planes at home, spend seven hours a day at school with the planes, and then return home to the same planes, which also cause sleep deprivation.

State Representative and State Senate Candidate Walter Timilty described the negative impact on Milton residents by the current flight patterns over the skies of Milton as unacceptable, and noted that it has been going on for a significant and unacceptable period of time. “The noise and air pollution borne by residents is not only unhealthy, it is far beyond reasonable for this community. It is imperative that, going forward, The Massachusetts Port Authority act in a way that will mandate equity for all impacted communities. I can assure all that until then, this community effort will continue,” said Timilty.

Milton residents wore red in solidarity, and though Massport at the last-minute restricted the group to twenty-five minutes of speaking time, the number of residents in the packed room was a testament to how the constant plane abuse negatively affects their health and quality of life. The group will be attending future Massport board meetings, including the next one on October 20.

To date, over 1,000 people have signed the Air Traffic Petition to End Abusive Aircraft Noise and Air Pollution over Milton.

View a gallery of attendees and speakers: 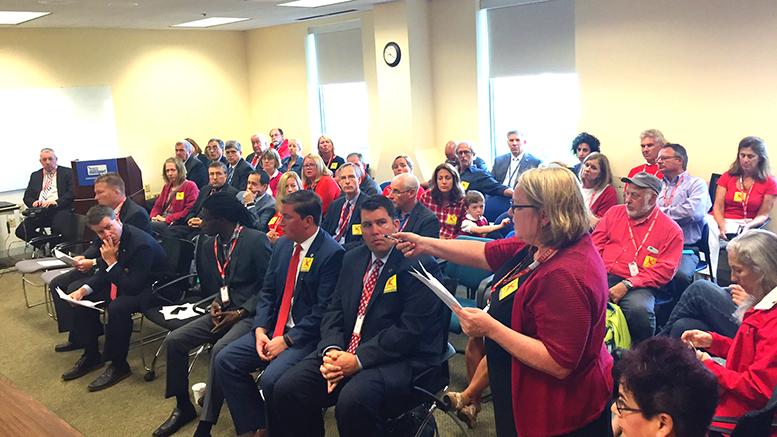 Milton resident and CAC rep Cindy Christiansen speaks at the Sept 15. Massport board meeting to voice concerns of plane abuse 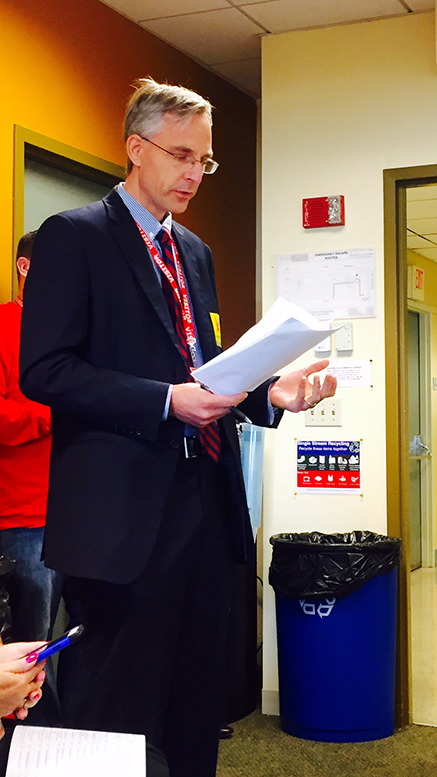 Milton resident Jen Goonan and her son attend the Sept 15. Massport board meeting to voice concerns of plane abuse 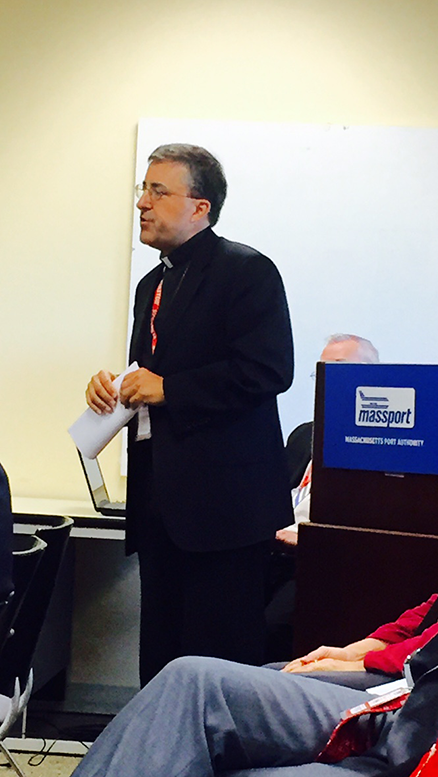 Fr. Bill Brown of the St. Joseph Retreat House in Milton informed the Massport Board that his retreat house was known as being the noisiest in the nation. 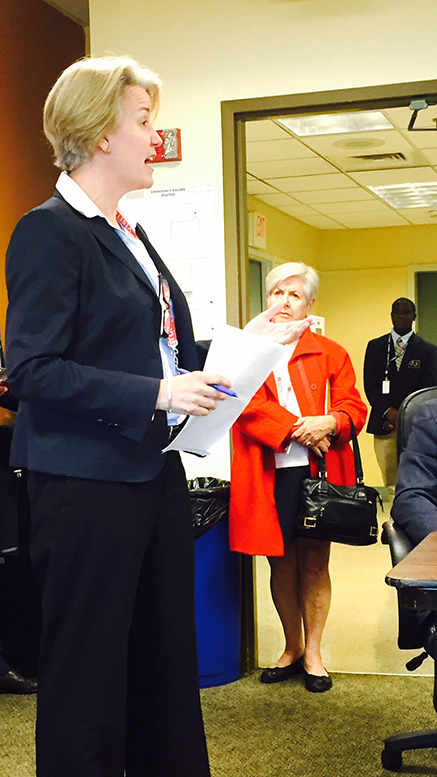 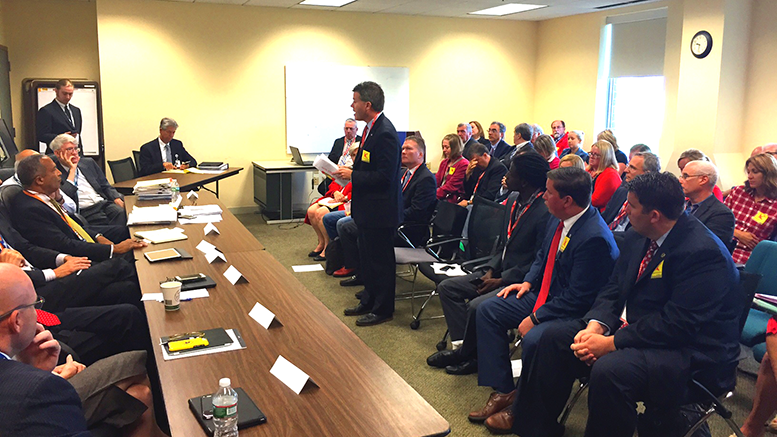 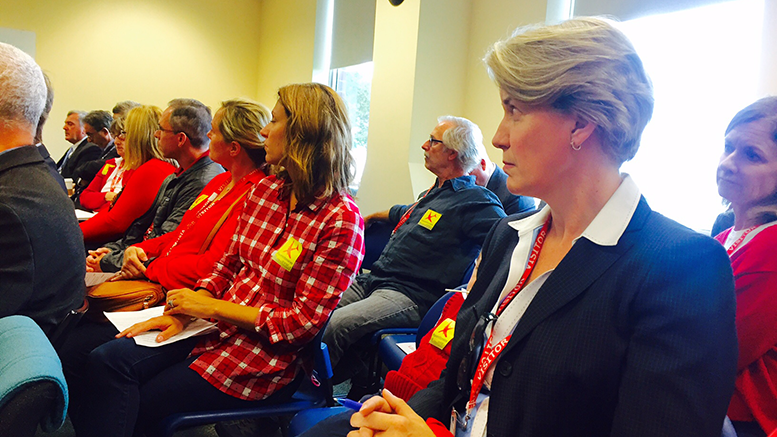 Milton residents attend the Sept 15. Massport board meeting to voice concerns of plane abuse. Many wear red in solidarity.

Did you hear that!? #fairskiesnation